Myomectomy is a surgical procedure to remove uterine fibroids, which are benign or non-cancerous growths appearing in your uterus

Many women with uterine fibroids do not experience any symptoms. However, some women may experience symptoms such as heavy and prolonged menstrual bleeding, anaemia due to heavy menstrual bleeding, pelvic pain, lower back pain, or bloating of the abdomen. In other cases, women may have difficulty emptying the bladder, difficulty moving the bowels, and reproductive problems such as infertility.

Myomectomy is the treatment of choice in women with problematic fibroids who are planning to have children in the future. Myomectomy removes only the fibroids and leaves your uterus intact and increases your chances of pregnancy. You may need to have a caesarean section after a myomectomy.

Before your surgery, gonadotropin-releasing hormone analogue (GnRH-a) therapy which lowers oestrogen levels may be used to shrink the uterine fibroids, thus reducing the risk of excessive bleeding during the surgery.

A myomectomy is a treatment option if you have problematic fibroids but you want to keep your uterus (other women may choose to have a hysterectomy for their fibroids). Myomectomy is also done if the fibroids have changed the shape of the uterus so as to cause infertility or repeated miscarriages as this method improves your chances of becoming pregnant even after the procedure. After myomectomy surgery, your bleeding from fibroids is usually reduced and your chances of having a baby may be improved. If the fibroids are large and are more in number, they can re-grow after surgery.

Depending on the size, location, and a number of fibroids, your surgeon may choose one of three surgical approaches to remove the fibroids:

The possible complications of myomectomy include bleeding, infection, scar tissue formation, damage to the bladder , bowel or ureters, and rupture of the uterine scars in late pregnancy or during labour. Rarely, a myomectomy causes uterine scarring that can lead to infertility

Because fibroids can grow back, those women who are planning to become pregnant in the future should try to conceive soon after the myomectomy procedure. However, your doctor will usually advise you to wait for 4 to 6 months until the uterus heals. Before undergoing any treatment for infertility, your doctor may recommend a hysterosalpingogram, an X-ray test to check the uterus and fallopian tubes.

The incisions made in the wall of the uterus to remove fibroids may cause placental problems and improper functioning of the uterus during labour may need a caesarean delivery. In rare cases, a hysterectomy may be needed if the uterus has grown too large with fibroids. 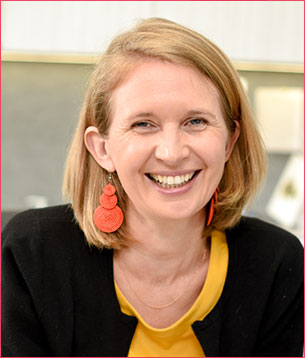